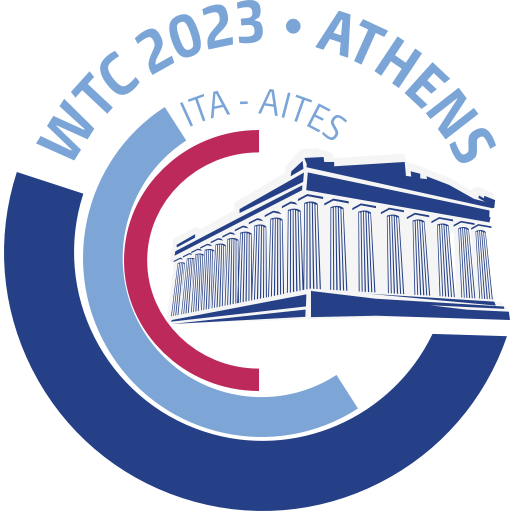 Tunnelling Reflects the Cultural Development and, Particularly, the Great Technical and Economic Power of Certain Civilizations.

Tunnelling in Greece dates back at least to 2000 B.C. when many tunnels were excavated for the exploitation of the minerals. Lavrion silver mines, which are located near Athens, were used during the classical era to finance the formidable navy employed to defeat the Persians in the naval battle of Salamis and helped spawn the Athenian empire of the Classical era. Other, well-known ancient mines are located in Thassos and Sifnos islands of the Aegean Sea.

The construction of the Athens Metro in the heart of a city with great historical heritage triggered a large scale archaeological excavation program, in fact the biggest one ever undertaken in the Athens area revealing more than 50,000 ancient articles.

At the same time, a new thinking in dealing with antiquities and ancient treasures emerged. Instead of moving archaeological items to museums or, even worse to storerooms, which was the usual practice before the Athens Metro Project and considered as the only acceptable practice for their protection and conservation, the Hellenic Ministry of Culture decided to proceed with an alternative option of displaying the antiquities in open view at public spaces. To that end, the archaeological findings are now exhibited within Metro Stations behind aesthetic cases urging passengers, Greeks or foreigners, to examine and admire them.

Athens has one of the most interesting and admirable subway systems in the world, which not only serves the everyday transportation needs of the public but also promotes the distinctive cultural history and identity of the city. 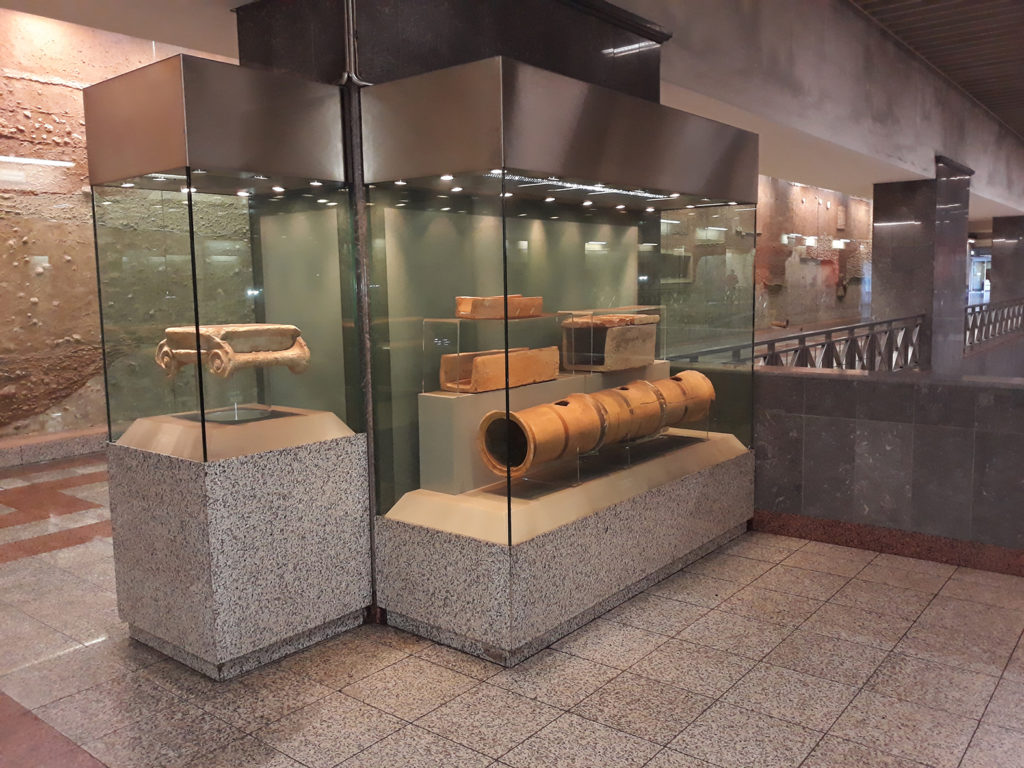 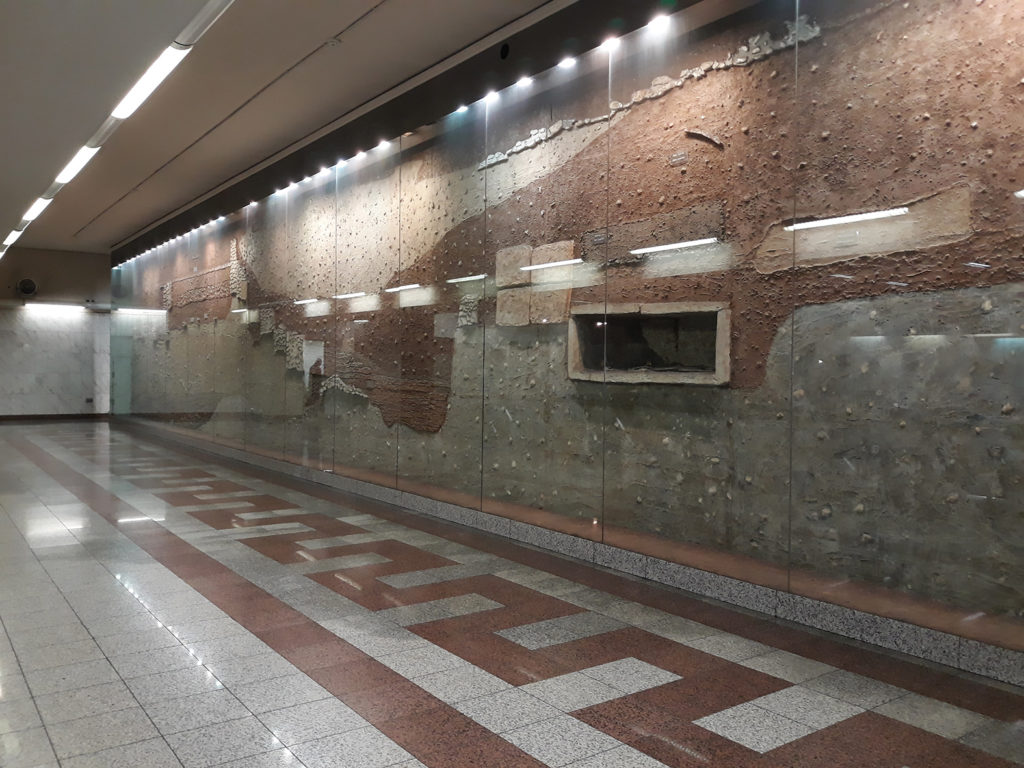 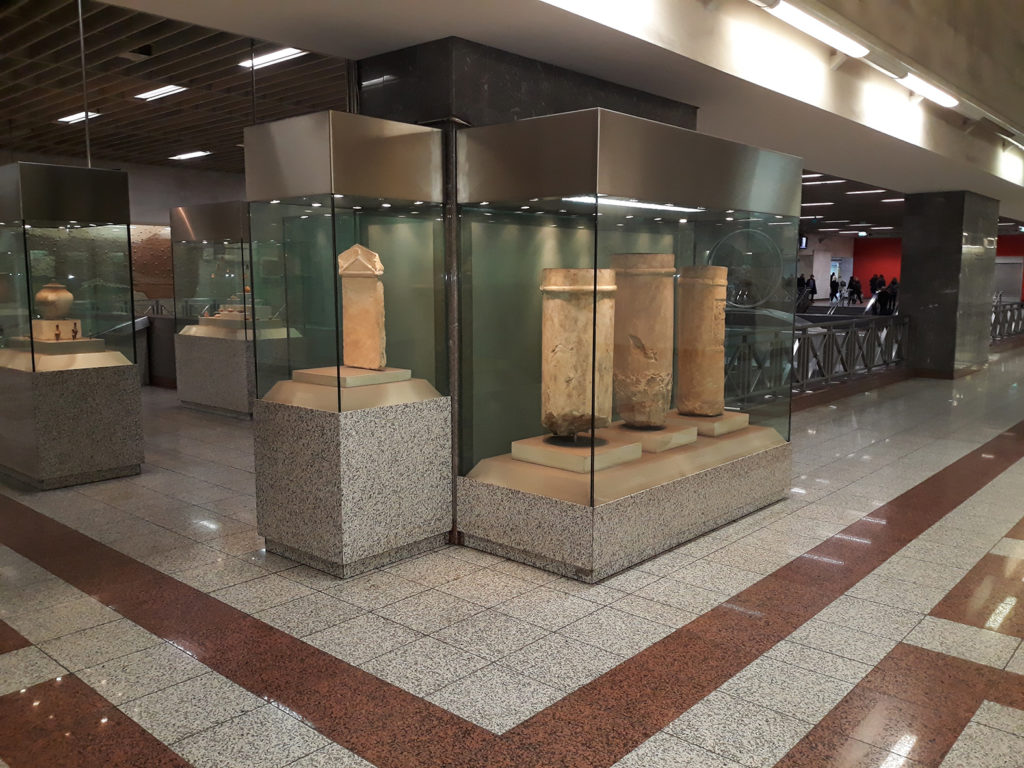 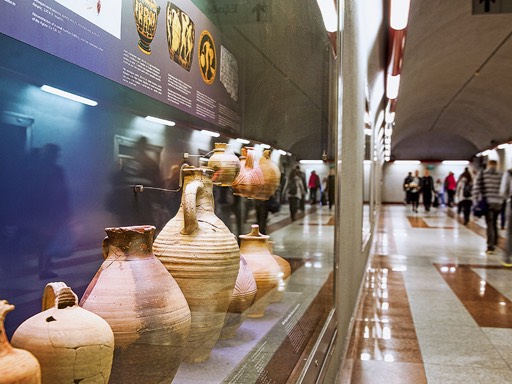 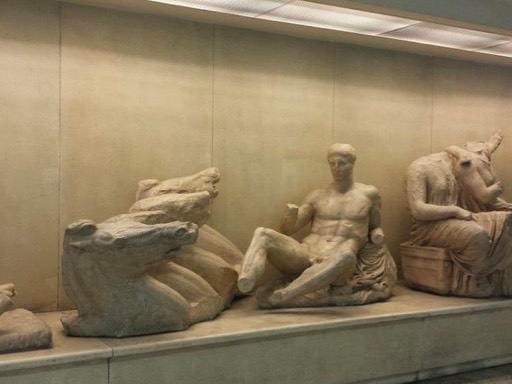 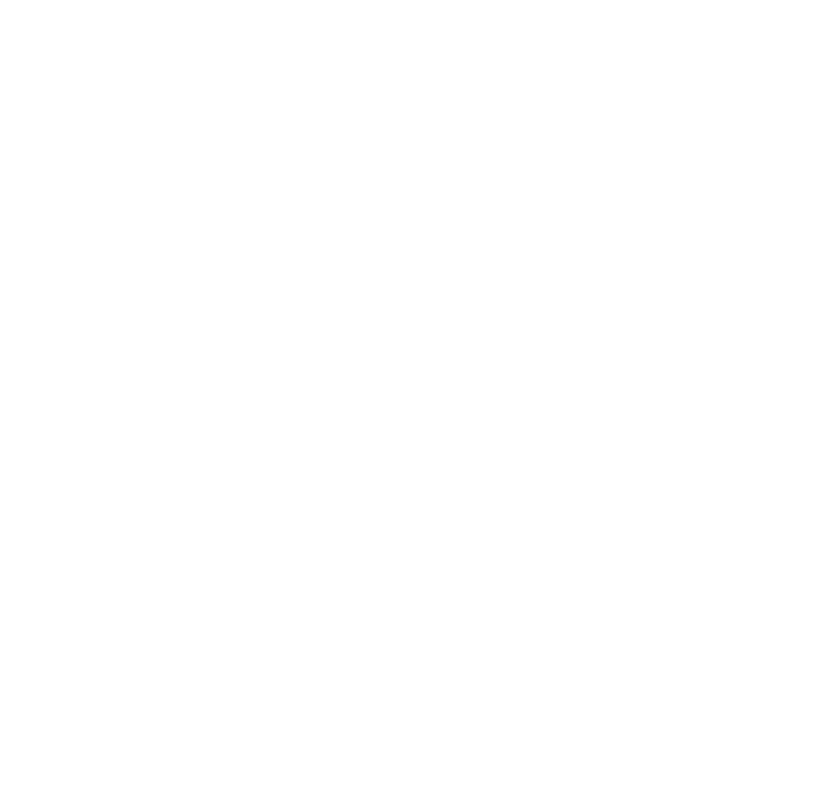 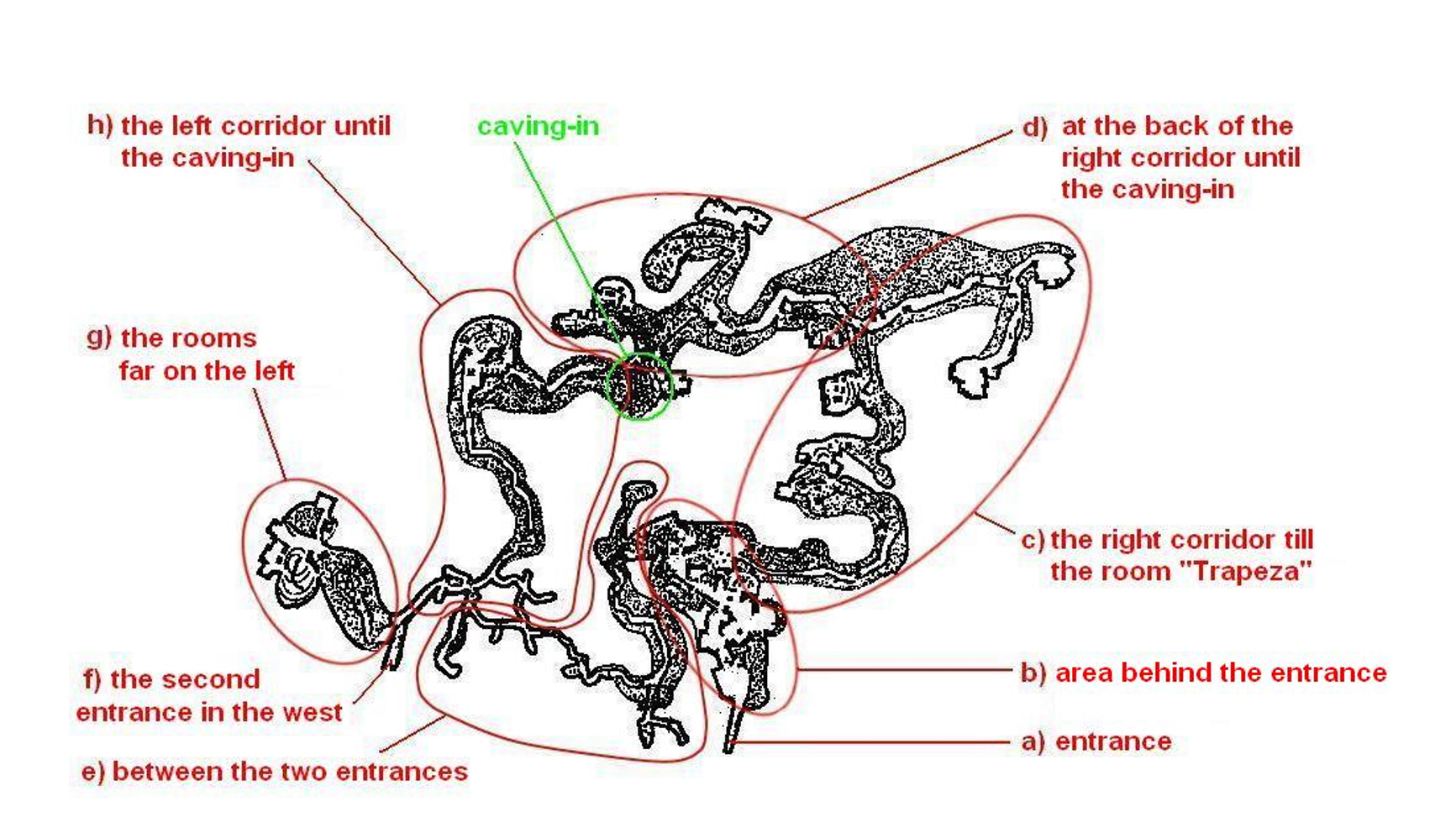 An impressive example of an underground quarry is the quarry-cave called “Labyrinth” near the ancient town of Gortys (Crete island), where, according to the myth, the Minotaur, the monster with a bull’s head and a man’s body lived until killed by Theseus from Athens. The quarry’s exploitation started probably in the early Minoan period and its stones were used for the construction of the nearby cities of Phaistos and Gortys. 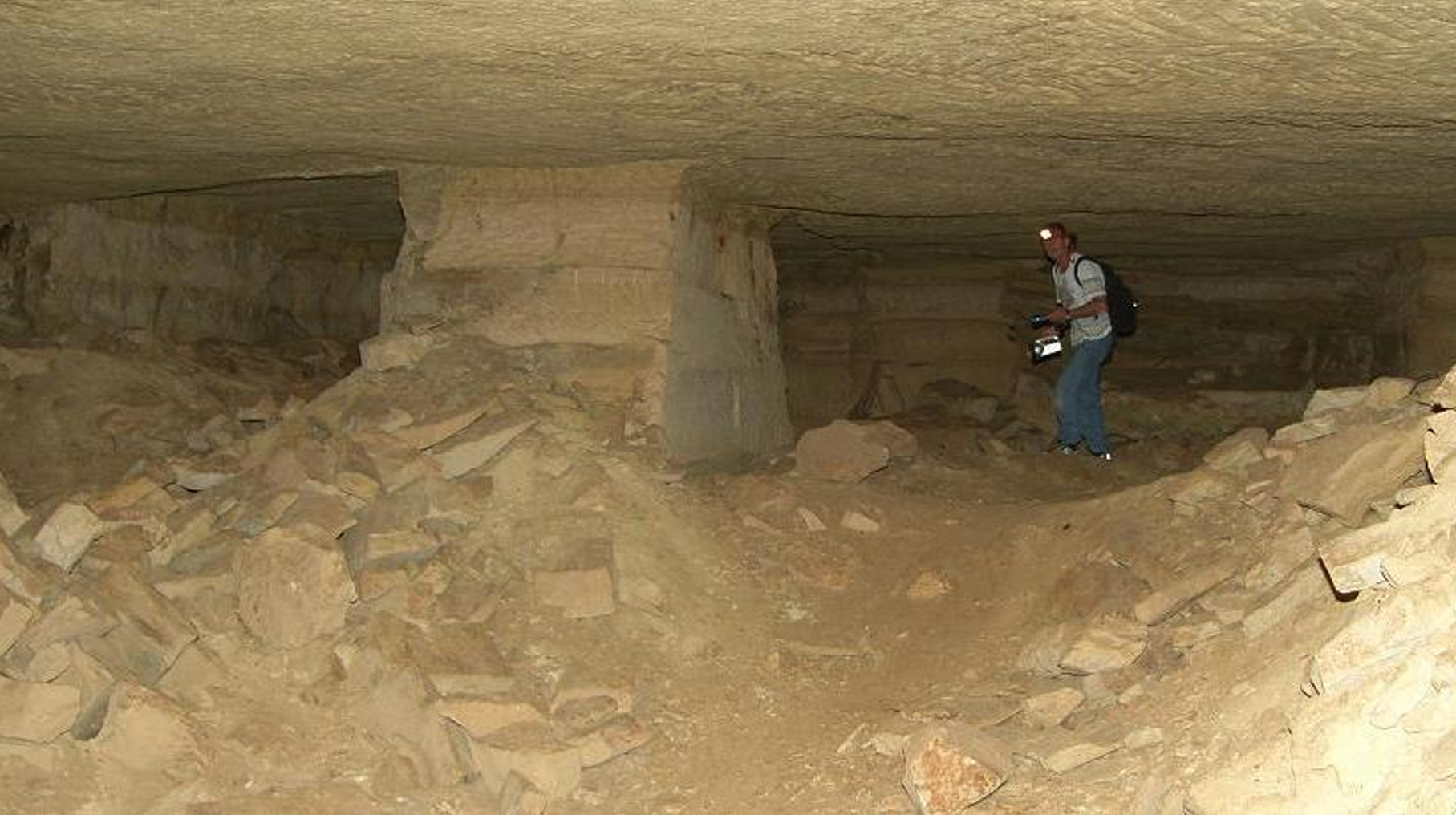 A great application of tunnels was in warfare, either for undermining the walls of the besieged city or for escape. Thucydides mentions (B ‘, 76) that the citizens of the  esieged Plataies went through the tunnel beneath the walls, cancelling the Spartans siege.

Around ~ 1300 B.C. land reclamation by the Minoans at the area of Kopais lake was attained via the network of natural sinkholes and a drainage tunnel which designed to the divert water of Boeotian Kephisos and Melas rivers, the main water supply sources of Kopais lake, to a small torrent and finally to the Euboean Gulf.

The tunnel function was the drainage of the basin. Its length was  cheduled to be over 2.2 km with a continuous slope of about 1.15%. It had a cross section of 1.45 m width and 1.55 m height, while its discharge was approximately 7m 3 /s. The supervision of the tunnel construction and operation was through 16 vertical shafts (63m maximum depth) which were dug with a total depth of about 650m. 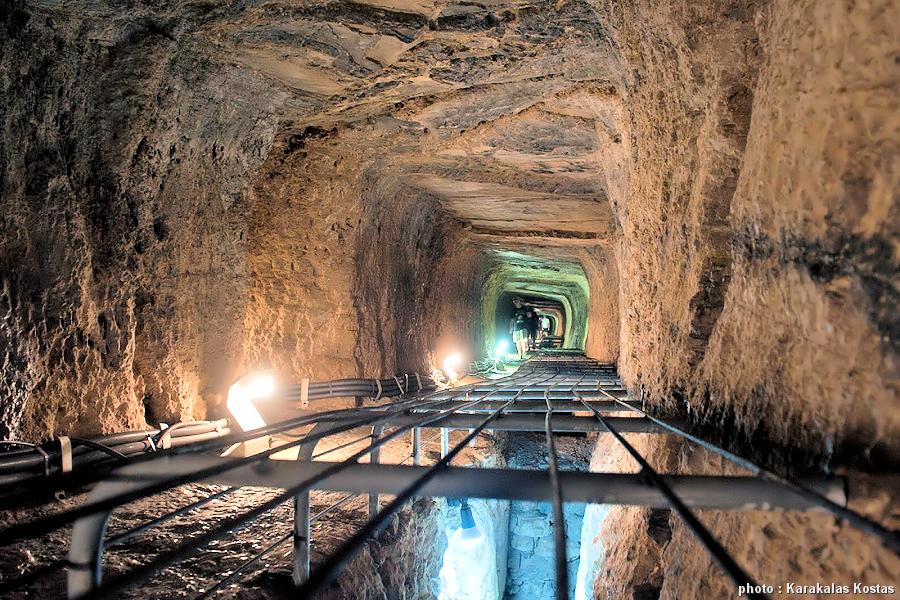 The Eupalinos Tunnel is considered as one of the most important engineering achievements of antiquity. It’s a 1036m long tunnel in Samos Island, Greece, built in the 6th century BC to serve as an aqueduct. The Eupalinos Tunnel is an engineering feat of outstanding importance since it was the first time in the history of mankind that anyone had ventured to undertake a project of that magnitude with no similar reference.

The Engineer Eupalinos built a tunnel under a mountain by starting to dig, simultaneously, from two portals diametrically opposite. All applied measurements using maths and geometry are of outstanding precision. Moreover, all evidence indicates that Eupalinos was ready to apply a solution for every difficulty that arose, due to unfavorable ground conditions that were partly encountered, as well as that he had the courage to bring his highly difficult project to a successful end. Eupalinos worked as a modern engineer 2.500 years ago.